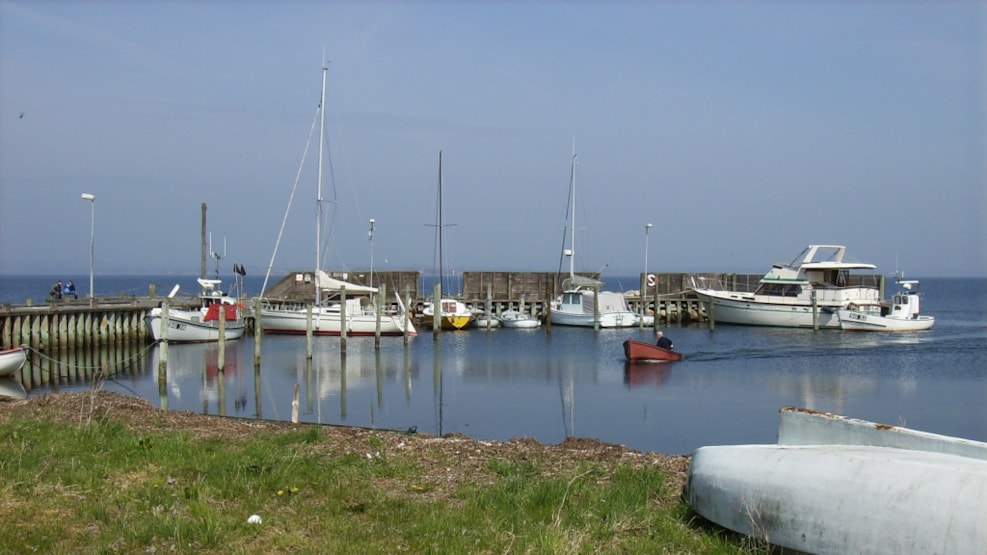 Avernakø is situated in the South Funen Archipelago and is reachable by ferry from Faaborg. the sail lasts 30 min. and 70 min. if the route passes by Lyø. The island is about 8 km. long and accommodates about 100 residents on its 600 hectare. the businesslife of Avernakø is dominated by agriculture. Avernakø was originally consisting of two independent islands - Korshavn and Avernak. but in 1937 the two islands were connected with a dam which is called Drejet. Avernakø has a lengthy form with 19 km coastline with nice beaches and fishing water. there is a rich birdlife. it is also possible to hear the rare fire-bellied toad in some of the waterholes.

Avernakø is known for its maytree and maypole which can be seen in Avernak and Munke. Once a year, on Whit Saturday, the residents are gathered around the tree. Besides from Strynø, the maytree is only existing on Avernakø. In 1685 one of the most brilliant prehistric find was made on the island, it was 6 goldbowls with sun symbols. Today the finds are kept in the National Museum. You can see the copies in Avernakø Church.